Before we left Portarlington we headed down to the beach for some play time. Your aunty Tone, who had been visiting, was soaking up the sun before going back to Norway a couple of days later. You look so small and lost crawling around while your pappa went to get your beach toys.

I had so many lemons left after the photo shoot I did in Portarlington. You seemed quite curious about them, so I cut one up and gave it to you. Despite pulling a lot of sour faces, you kept on going back for more. 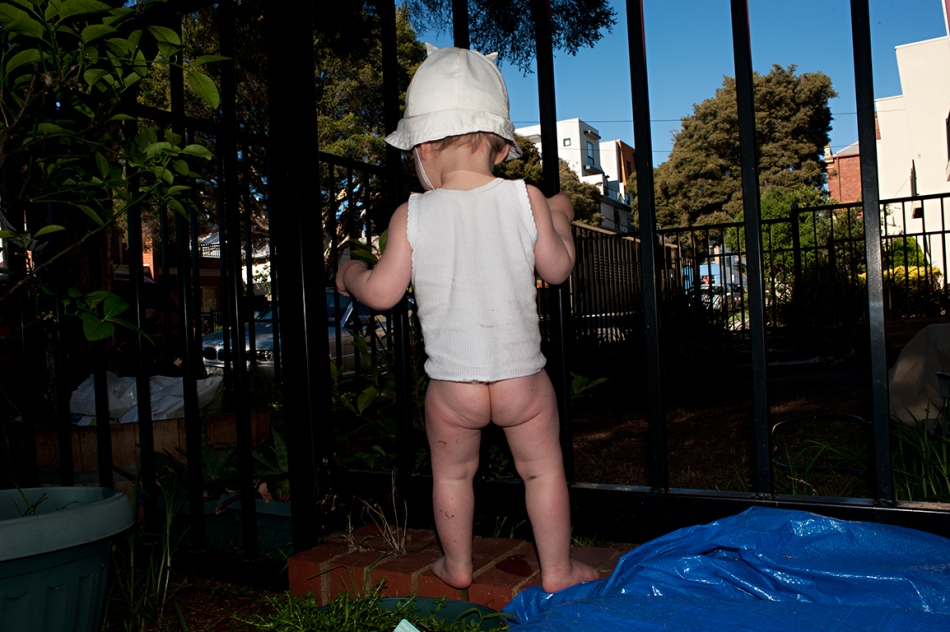 There’s something special about watching you crawl around half-naked. My heart melts just that little bit more. You’re so innocent, so blissfully oblivious to all the darkness in the world., and when I watch you, for a few moments, so am I.

It was time for your vaccinations again. This time you had three in one go, two in one arm and one in the other. You figured out what was going on after the first one and no amount of soap bubbles could distract you, but you were so brave. Once they were done, you gave the nurse a dirty look and clung to me. I’m sorry for the pain, my love.

Water is one of those things that never gets old or boring. It doesn’t matter if you did the same thing the day before, it’s equally interesting as long as it’s wet.

This entry was posted on April 23, 2013 by Dida. It was filed under 365 Project, Photography and was tagged with 365, 365 project, Baby, motherhood, photoaday, Photography.